History of Our Residency

Until 2011, this program was known as NHMI's Athletic Training Fellowship. In 2013, this Residency became the first-ever CAATE-Accredited program of its kind. 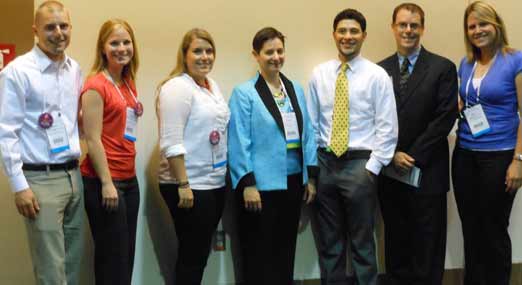 In 1993 we had visions of developing a program that would promote an educational atmosphere in our clinic and utilize all of the outstanding resources that our clinic and surrounding area had to offer. A system of rotations was built around professional volunteers in a wide range of sports related fields and combined with high school clinical work experience to create this Residency. This is the longest-standing post-professional program in the country.

We accepted our first Fellow for 1994-1995 -- Rebecca Lindsay, ATC from nearby Vermont. Over the years, residents have come from many states and even three different countries including the United States, Canada and Japan. After six years of having one resident annually, the program grew to include two annual residents. While most incoming residents have completed only undergraduate work, several have come to the residency after having completed Masters degrees. Most of our residency alumni are working full time in the healthcare field and several have achieved or are currently pursuing advanced degrees. Among our alums are high school, college and clinical ATs, athletic training educators, DPTs, PA-Cs, an ARNP, DO's, and MD's. Click here for a complete listing of past and current Residents.

NHMI was thrilled in 2013 when this program became the first CAATE-Accredited Residency in the country. In a related news story, founding Residency Program Director Laura Decoster was quoted as follows: "When we started this program in the early 90s, there was really nothing similar to it. Since then, other organizations have created great residencies. Several years ago the National Athletic Trainers' Association decided that these programs should be both encouraged and policed. Such policing would allow their members to feel confident that an accredited residency offered a legitimate educational experience. I think of it like the old Good Housekeeping Seal of Approval. I'm thrilled to have the quality of our program recognized by a respected independent agency. I look forward to continuing to provide a great educational experience for athletic trainers."