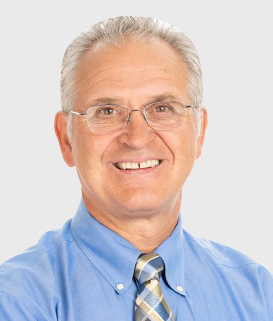 Dr. Vailas has been the main catalyst in the creation of this Institute. He is an orthopaedic surgeon with a subspecialty in sports medicine. After completing the Kerlan-Jobe Orthopaedic Clinic's Sports Medicine Fellowship, he spent three years at George Washington University before returning to his hometown with a dream of fostering scientific development in his community. He is an alumnus of Dartmouth College and Dartmouth Medical School. He practices in Bedford with the NH Orthopaedic Center and serves as the Medical Director and Team Physician for numerous local colleges/universities and high schools. 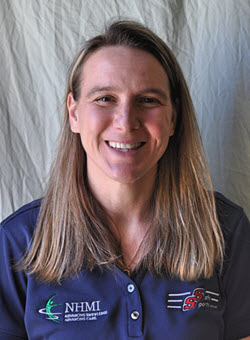 Amy participated in NHMI's Residency (then "fellowship") after graduating from Ithaca in 1999. She stayed involved in Institute activities for years thereafter, then rejoined the team as Director of Safe Sports in 2013. In 2020, Ms. Hollingworth became Executive Director. She directs the Institute's daily operations and oversees all programs. 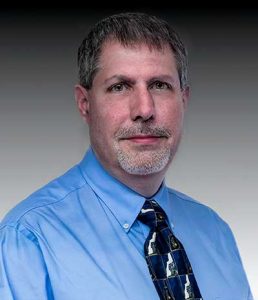 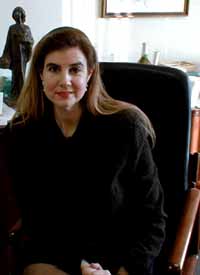 Ms. Dahar is an attorney with the Dahar Law Firm in Manchester. She has served in various community roles including acting as a board member for Optima Health, the Bishop’s Fund/Catholic Charities, Manchester Boys and Girls Club and the New Hampshire Arts Council. She attended Wheaton College and Boston College Law School.

Scott has been working at New Hampshire Orthopaedic Center as a Physician Assistants since 2000. His sports medicine affiliations have included NCAA Field Hockey, Basketball and Baseball, the Manchester Monarchs, the NH Bobcats, Granite State Games, NCAA Basketball, Goffstown HS, Manchester West, Central and Memorial HS, CHaD All-Star Football and Police vs Fire Hockey, NCAA NE-10 Hockey, USA Hockey, NHIAA Shriner’s All-Star Football Game, AHL All-Star Game, NHIAA Safety Board, Manchester Wolves Arena Football, NHIAA Playoff/Championships, Trinity HS, Salem HS, NHMI Residency Faculty, Saint Anselm College, and Southern New Hampshire University. He has also been a faculty and guest lecturer for a variety of organizations. He was recognized by the Safe Sports Network as Star of the Year in 2019, as the NH Physician Assistant of the year in 2004 and has been the Orthopaedic Journal Club Chairman from 2001 to present. 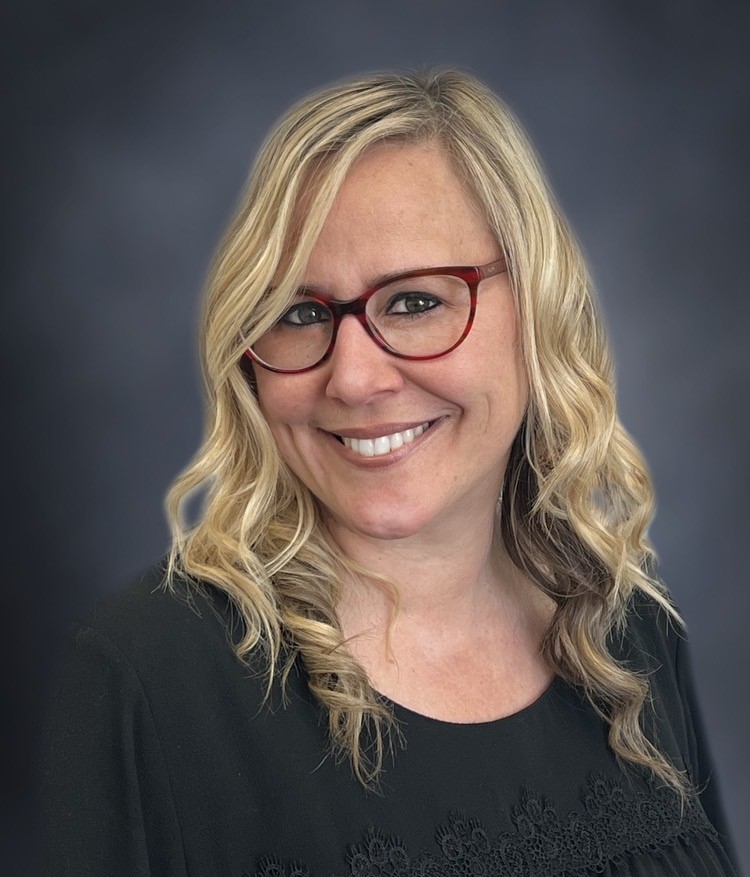 Natalie Jutras grew up in Peterborough, NH, with three athletic sisters whose father, Roland "Beaver" Jutras, happened to be the town's Recreation Director for 30+ years. She was a three-sport athlete at ConVal Regional High School, winning a Class I State Basketball Championship in 1994. Natalie chose to continue her basketball career at St. Anselm College where she earned a BA in Business. Upon graduation, she entered the "working world" but realized basketball was not yet out of her system. She applied and was hired at the University of Maine at Orono as the 3rd Assistant Women's Basketball Coach, where she spent 2000-2001 under first-year head coach Sharon Versyp. In pursuit of her master's, Jutras left UMaine to continue coaching while earning her MBA at Wagner College in Staten Island, NY, from 2001-to 2003. Natalie served in various development roles at the Boys & Girls Club for 8 years, most recently as Director of Advancement. She was recognized in NH Business Review as one of NH’s Top 200 in 2022. Natalie is currently in Business Development at Bank of New England.

Dr. King's reputation as an excellent clinician and lecturer is known internationally and over the years she has been a very well-received speaker at NHMI's Annual Symposia. She is currently faculty in the Doctorate in Physical Therapy program at Plymouth State University. Dr. King’s educational journey included the University of New Hampshire (BS-Athletic Training), Simmons College (BS-Physical Therapy), University of Massachusetts (MS-Exercise Science) and University of Virginia (PhD-Sports Medicine). Dr. King's many contributions to the field of athletic training have been recognized with her induction into the National Athletic Trainers Association Hall of Fame. 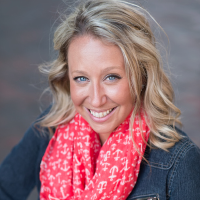 After three years as Marketing & Promotions Manager for the Manchester Monarchs, Nicole moved to a new position as Director of Marketing & Communications for BASC, NASC, BASC Imaging and ExpressMED/BOAC. She manages design and print needs, as well as directing media buys and the redevelopment of each company's website and social media presence. Nicole oversees marketing, communications and digital services for Member Medical, where she also helps manage Membership operations and serves as the liaison between Member Medical and participating Urgent Care clinics.

Mr. Seifert has been in the NH Banking community for more than 25 years. He is currently Regional Vice President for TD Bank, managing TD's commercial banking team in Southern NH. In addition to his "day job," Jeff is also a past President of the Manchester Regional Youth Hockey Association where he also coached for more than 15 years. Additional Board roles have included positions with NH Special Olympics, Massachusetts Select's Hockey League and Hillcrest Terrace (a Retirement Community based in Manchester). Jeff holds an undergraduate degree from the University of Puget Sound and MBA from the University of New Hampshire. 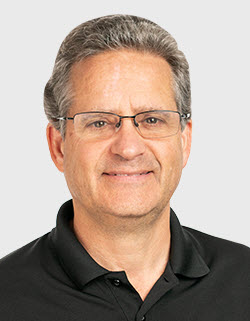 Dr. Soghikian is an orthopedic surgeon practicing in Bedford with NH Orthopaedic Center. After completing undergraduate work at Harvard, he received his medical degree from Southwestern Medical School, University of Texas. He did his Sports Medicine Fellowship at the Tahoe Fracture Clinic.

Mr. Vailas is the founder and CEO of Bedford Ambulatory Surgical Center and he is CEO of Apple Therapy Services. He is the founder of the Safe Sports Network, an NHMI program that provides sports medicine services to the community. He holds a graduate degree in exercise physiology from the University of Michigan.

Scott Boden, MD, Emory University, Atlanta, GA
Dr. Boden is Chair of the Department of Orthopaedics and Chief of Orthopaedic and Musculoskeletal Medicine for Emory Healthcare.

Mark A. Letendre, ATC, Retired
Mr. Letendre was a professional baseball athletic trainer then director of umpire medical services before retiring. He is the founder of the Letendre Memorial Summer Athletic Training Camp Scholarship.

Keith J. Loud, MD, MSc, MMgmt, FAAP
Dr. Loud is Chair of Pediatrics and Physician-in-Chief of Children’s Hospital at Dartmouth-Hitchcock. Board certified in pediatric sports medicine and adolescent medicine, he has served on the Executive Committee of the Council on Sports Medicine and Fitness of the American Academy of Pediatrics and has been a member of the National Athletic Trainers’ Association for over 35 years.

David H. Perrin, PhD, ATC, FACSM, FNATA University of Utah
Dr. Perrin is the Dean of the College of Health at the University of Utah in Salt Lake City. He is a past Editor in-Chief of the Journal of Athletic Training.

Steven W. Schubert, Graduate of the University of Massachusetts at Amherst
Mr. Schubert is currently is the Senior Vice President - Investments for Morgan Stanley Smith Barney in Manchester, NH. He formerly played in the National Football League with the New England Patriots and the Chicago Bears. He has made valuable contributions to the Manchester community with his work on numerous boards of directors and involvement with youth.